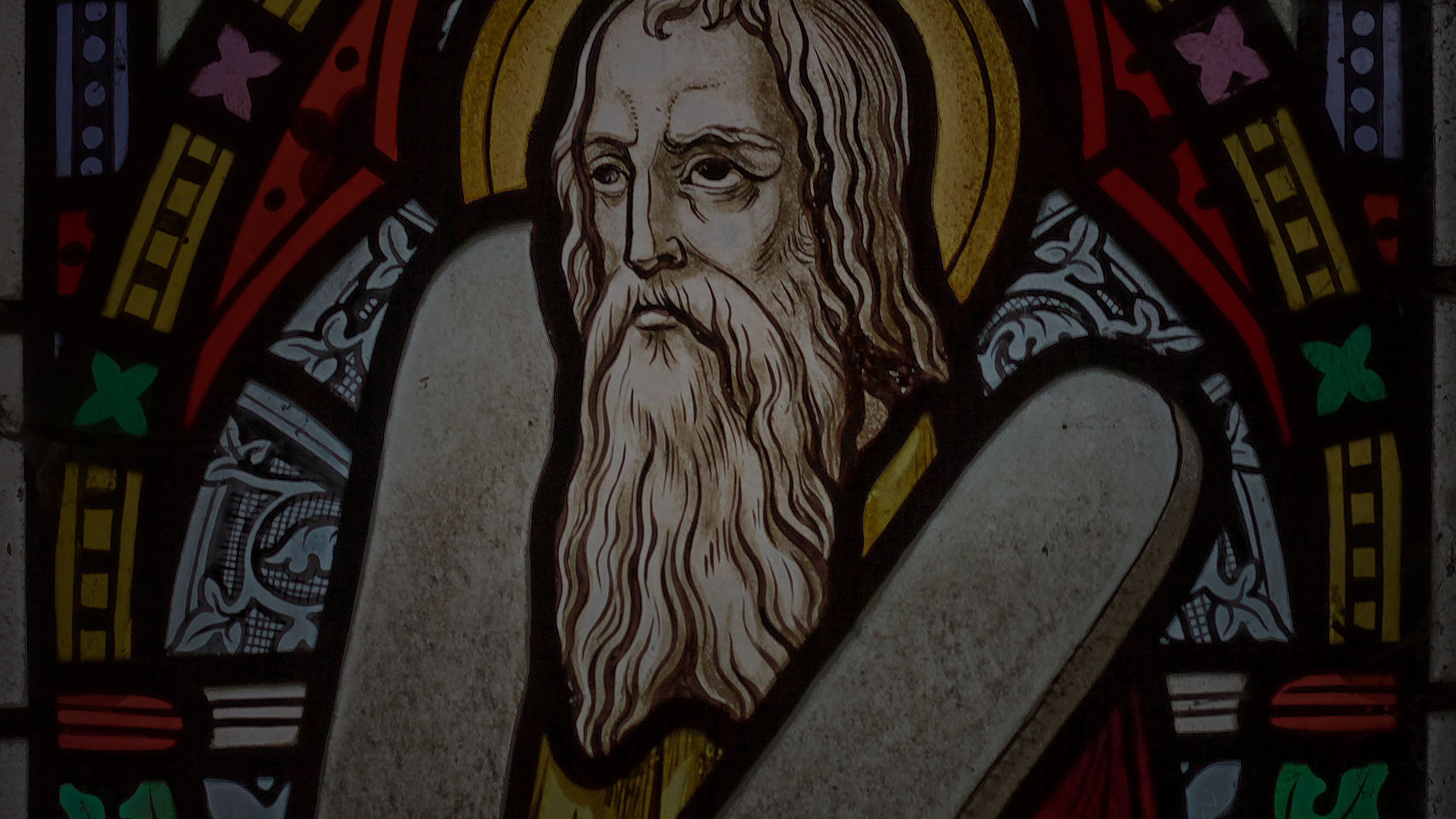 “Now the man knew his wife Eve, and she conceived and bore Cain …”

When translating any text into another language there are two approaches that one can take.1Though there are many options in between the two extremes brought out here. A good overview of the issues at stake in translation can be found here: Mahmud Ordudari, “Translation procedures, strategies and methods”. Translation Journal. http://translationjournal.net/journal/41culture.htm, (accessed 8/17/16). On the one hand, literal translations strive to faithfully and consistently represent, as far as is possible, the source texts. In both Greek and Hebrew, which are the original languages of the Bible, word orderings are often different than they would be in English usage. A truly literal translation of biblical texts, then, would in many ways be incoherent, and certainly strange to our ears. The most literal translations are called interlinear glosses. They are a simple, word-for-word translation from the source text.

For an example, an interlinear gloss of John 1:1-3 would read: “In beginning was the Word, and the Word was with the God, and God was the Word. This One was in beginning with the God. All things through him came into and without him came into not even one that came into.” A literal translation such as this starts out familiar enough, but the passage quickly loses a meaningful flow when rendered into English this way.

It is necessary, therefore, to change some word orderings for the sake of flow and comprehension, and even to add a word or two. For example, the RSV has closely translated verse 3 into English as “All things came into being through him …”, only changing the word ordering a tad and adding the word “being” for comprehension’s sake.

The other tack that a Bible translation can take is an idiomatic translation, which seeks to reproduce the message of the original text (the understanding of which depends, in this case especially, on the interpretation of the translator), but prefers to use colloquialisms and idioms where these do not exist in the original manuscript. Often, such an approach to translation winds up replacing the ancient idioms in the original text with new idioms, as we shall see presently. This tends to distort or altogether obliterate nuances of meaning in the text, while also obscuring the thought patterns and associations behind the chosen words. What such a translation does make for is a very contemporary and even hip sounding Bible, but in this process we run the very real risk of obscuring important associations.

The text that we will look at in this regard is Genesis 4:1. The interlinear gloss of this text reads, “And the man (Heb. adam) knew Eve his wife and she conceived and bore Cain …” The NIV reads, “Adam made love to his wife Eve, and she became pregnant and gave birth to Cain.” The New Living Translation prefers the more Victorian, “Adam had sexual relations with his wife.” I have to admit to finding this a little amusing. “Sexual relations?” Why bother! Why not just say what the text says, “Adam knew his wife?”

The temptation is to dismiss the Hebrew phrase “Adam knew his wife” as a mere ancient Hebrew euphemism for having “sexual relations,” and so to render it into English according to this assumption. Obviously, Adam’s knowing Eve in this way got her pregnant, so it certainly does entail sex. The important question, however, is whether or not there is some hidden wisdom in this euphemism that needs to be highlighted. Does it mean more than just having sex?


We can ask similar questions regarding what it means to “conceive” as opposed to “become pregnant,” as well as to “bear” a child as opposed to the mere biological act of giving birth to one. But we will focus here on the word “to know,” and this question leads us to epistemology. Don’t let that word scare you. Epistemology is simply that aspect of philosophical and theological inquiry that has to do with the question of knowledge. How do we come to knowledge of things, especially knowledge of God, and what are the limits of knowledge, especially when talking about knowledge of God?

Based on the passage in question from Genesis 4, in biblical terms knowledge is not gained by abstraction, by standing apart from something and studying or dissecting it. Rather, knowledge of something is gained by intimacy, by experience, by partaking of its objectivity and making of it a subject.


This is a very different understanding of knowledge than most of us carry today. To know something in the biblical sense is to be intimate with it. This is made clear in the phrase “Adam knew his wife, Eve.” The Hebrew word used here is yada, meaning “to know.” The translators of the Septuagint, the Greek Old Testament (which is the text that the New Testament writers used and quoted from), also uses here the Greek word “to know,” ginosko. Its meanings are many and subtle, including “to comprehend,” “to acknowledge,” “to recognize,” and even “to choose.”


The biblical understanding of knowledge, then, is an experiential, direct, intimate way of knowing rather than an abstracted and removed way of knowing. To be faithful to a proper Christian understanding of both knowledge and sex we should feel compelled to translate this word correctly as “knew.” Adam did not merely have “sexual relations” with Eve, but he knew her by intimate union, and this union not only sets the standard for human marriage but also typifies the nuptial union of Christ with his Church, and so of God with creation (Rev 21:3). Through this one word, Adam’s knowing his wife becomes related to our knowing God. They are not equal, but an association is made.

This understanding of knowledge is very important for grasping the contemplative Christian life, where knowledge of God is sought not through abstract reasoning or academic study, nor through reflection and meditation, but through intimate union.2A very worthwhile read that explores these two ways of knowing, that of an abstracted and removed knowledge and of an intimate and intuitive knowledge, while highlighting the chilling one-sidedness of our age is Karl Stern’s work, The Flight from Woman. Equating rational mastery with the masculine principal, and intuitive, relational knowing with the feminine principal, Stern surveys the development of thought in the West from Descartes forward, bringing to light the awful specter of a culture which denies at best, and actively destroys at worst, everything that is to be equated with the feminine. Much of what defines the “feminist movement”, according to this study, is shown to dishonor the feminine rather than revere and elevate it. Karl Stern, The Flight from Woman (New York: Farrar, Strauss and Giroux, 1965). We must show up for this kind of work in a very particular way, not as thinkers but as lovers.


I cannot know my wife by thinking about her. Rather, I know her by spending time with her, by listening to and receiving her; by making love to her, and this making love goes far beyond the bedroom. We make love at the dinner table, when working in the garden together, when running errands, when talking about finances, when fighting, and so on.

The 14th century anonymous writer of The Cloud of Unknowing states, “Thought cannot comprehend God. And so, I prefer to abandon all I can know, choosing rather to love him whom I cannot know. Though we cannot know him we can love him. By love he may be touched and embraced, never by thought.”3William Johnston, ed., The Cloud of Unknowing and The Book of Privy Counseling, (New York: Image Books, Doubleday, 1973), 54. This “touching and embracing” in love is where knowledge of God is to be had. God doesn’t want us to be experts about him – in fact, he consistently escapes being pinned down by us mortals (Exod. 3:13-14). God rather wants us to love him (Deut. 6:5) – and this nor for his sake, but for ours; for the fulfillment of our deepest nature.


I am not here promoting some kind of anti-intellectualism. All of our faculties participate in redemption. This includes our intellect, which needs cleansing, direction, exercise, and clarity, and which partakes in our love for God. Anyone who knows me knows that I am a stickler for accuracy and nuance in theological thought, and the point being made about thought not being able to comprehend God is a part of that accuracy. The fact is that, classically speaking, the true theologian was not the one who could wax eloquent about God and the scriptures, but the one who came to the limits of knowledge, there entering into the mystery of the Living One who dwells in light inaccessible (1 Tim 6:16), beyond human knowing. The theologian thus finds rest in God in intimate communion, and comes to the fullest knowledge of God by reaching the limits of knowledge. Such knowledge is not knowledge about God, but of God, just as we only gain true knowledge of fire when we are burned by it.

Contemplative prayer is a mode of prayer that puts all thought behind and both reaches out to and receives God in love alone, there to touch, to embrace, to truly know him in the biblical sense. The contemplative work, which is the work to which all Christians are called (Matt. 11:28), is the work of a lifetime. If I said there were anything easy and quick about it I would be lying. Then again, if I told you there were anything easy and quick about knowing my wife, I would also be lying. Knowing my wife, after all, is a whole lot more involved than having sexual relations with her.

Mons Nubifer Sanctus is a Christian spiritual retreat center focused on training in contemplative prayer, which is how we come to know God.